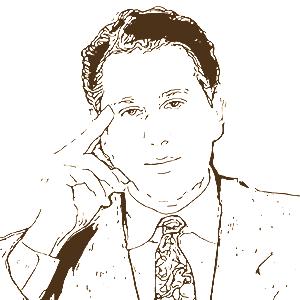 Seth Warren Rose has been an advocate for a cleaner environment for over 30 years.

Seth Warren Rose is the Founding Director of Eneref Institute. Rose founded Eneref Institute in 2001 to raise awareness for clear, specific solutions that put forward an efficient use of natural resources, demonstrate social responsibility and foster a peaceful, earth-friendly economy. Today, Rose is also a Special Advisor for Sustainable Development to the Department of Defense at the Pentagon and produces reports on sustainable solutions for the Environmental Protection Agency. Rose has authored numerous articles in industry journals on the market obstacles to sustainable development.

Rose first became concerned about the environment in college, and he has been active in earth-friendly movements since the early 80’s.

Rose graduated from State University of New York with a degree in Business and a minor in Physics. In the 1980s Rose founded Rosart Communication Design, a design production company in Manhattan. Clients included media giants, such as CBS and ABC, as well as the New York Times, and Conde Nast. Rosart worked with Westinghouse to launch C-Span. Rose was an early adaptor of computer technology and in 1985 launched the Computer Graphics Newsletter, just as that industry was starting.

Rose’s interest in physics led him to accept a position as Advertising and Communications Director with an electrical controls company that later became part of Eaton Corporation. In 1989, Rose launched eSmart, the first line of “smart” wiring devices. The products were sold in Home Depot, Lowes and Builder’s Square, with annual sales of $10 million. Rose led an industry-wide, cross-vendor program to develop standards for post consumer waste packaging for Wal-Mart stores.

On September 11, 2001, Rose was CEO of ClickMeals.com, with offices in New York’s World Trade Center. The events of 9/11 were the inspiration to launch Eneref Institute, as an avenue for peace.